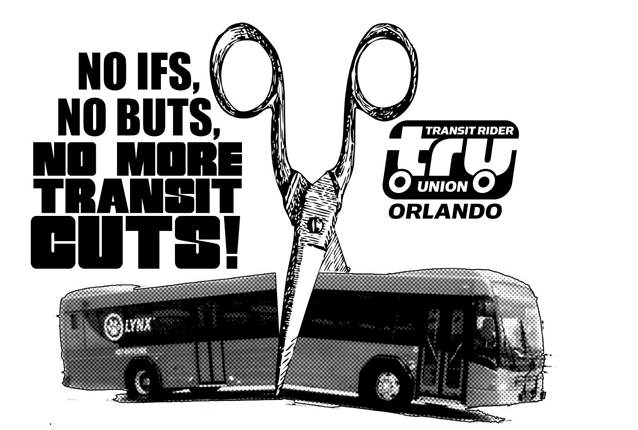 Transit Rider Union-Orlando has finally unveiled their new website! TRUOrlando.org  was not only designed to give direct access to the issues and news that impact the lives Lynx public transit riders on a daily basis, but to keep the public informed on the campaign to secure dedicated funding to improve the Orlando bus system.

The TRU Blues section  breaks down the issues faced by transit riders in Orlando with the hard facts. Did you know that Orlando ranks 83rd in the top 100 metro areas nationwide for the ability of transit riders to get to work in a timely manner?  This is an outrage for a city as large and as economically vital as Orlando, and the riders know it. Riders may not know the statistic, but they know that it takes them 4 hours on a bus each day to get to and from work and that that is too much time away from family and friends. TRUOrlando.org also features a section called TRU Stories where riders and drivers have a chance to speak out and get their perspectives heard in a way they never have before.

Finally, a feature that we’re very excited about launching is our Report an Incident form. With this form, riders can reach out to members of TRU and get involved with organizing direct responses to their own negative experiences like discrimination, consistent bus lateness, or being left stranded. All riders have to do is fill out our incident report form with as much detail as possible and someone from TRU will follow up with them as soon as possible.

The LIBRU was first galvanized around the issue of privatization, when Nassau County moved to contract out county bus service to Veolia Transportation. Riders mobilized to preserve services against proposed cuts, and have since successfully fought back against planned fare hikes and won service increases.

Last week, they won a huge victory when the Suffolk County legislature passed a bill to create Sunday services! You can learn more about LIBRU’s organizing on their website: http://www.longislandbusridersunion.org