The tech industry is synonymous with cutting-edge innovation, yet the industry’s employment practices are frequently backward. There’s the lack of diversity in hiring and the prevalence of contracted work arrangements that, while often invisible, contribute to the deepening inequality in its hometown of Silicon Valley.

One of the tech industry’s more pernicious employment trends is the way companies frequently use the U.S. immigration system to make permanent work insecure and to routinely facilitate the outsourcing of good, skilled jobs to lower wage labor markets.

New analysis of U.S. Department of Labor data by Jobs With Justice and the Economic Policy Institute suggests that this practice is commonplace in Silicon Valley.

In fiscal year 2015, three of the top five companies filing Labor Condition Applications for work in Silicon Valley – the first step in hiring a temporary foreign worker using an H-1B visa – were businesses that rely heavily on subcontracting and offshoring arrangements. The nine outsourcing companies that receive the largest numbers of H-1B visas nationally made up nearly one-fifth of Silicon Valley’s 138,594 requests for H-1B workers in fiscal year 2015. While the H-1B program allows employers to sponsor guestworkers who want access to citizenship, these outsourcing companies rarely sponsor H-1B employees for lawful permanent residence in the United States.

Our analysis also indicates that companies using the U.S. immigration system to facilitate outsourcing and offshoring have an even more dominant presence across the rest of California. In fiscal year 2015, eight of the top 10 companies filing LCA requests for H-1B work in California were outsourcing companies.

The considerable share of requests suggests that these companies rely on H-1B visas to enable subcontracting arrangements that lower standards, depress wages and make jobs less secure for working people in California. For example, in 2015 Southern California Edison laid off hundreds of employees and then contracted with two temporary staffing agencies that hired H-1B guestworkers to do the same work, but paid them an average of $40,000 less per year.

Southern California Edison is not an outlier. Walt Disney World, Toys “R” Us, Fossil, Abbot Laboratories and others have instituted similar subcontracting arrangements.

At the same time, the tech industry has heavily lobbied for an even greater expansion of the H-1B visa program. In this instance, we can stop corporations from rigging the rules in their favor by ending their ability to use the H-1B visa program as a tool for driving down the standards of working people.

On Monday, Jobs With Justice co-sponsored an important conversation about employment issues in the tech industry. Held at the hall in San Jose, California, where Cesar Chavez started his legacy of community organizing, the Careers For Our Communities forum presented a range of solutions to ensure more people have a fair shot at careers in the skilled workforce, including reforming the H-1B visa program.

If we are to build an economy that works for everyone, and not just the wealthy few, we must also make sure our immigration system works for the benefit of all. 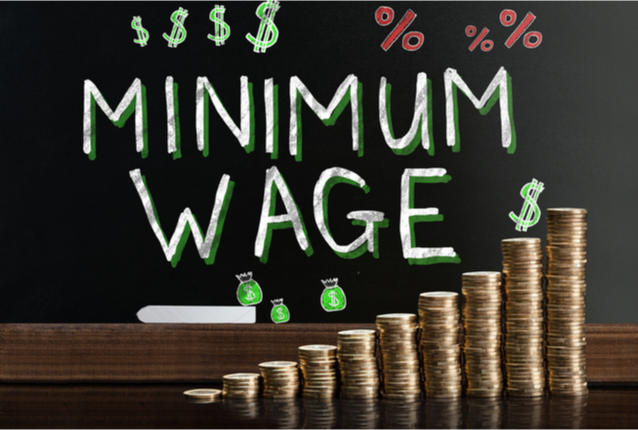