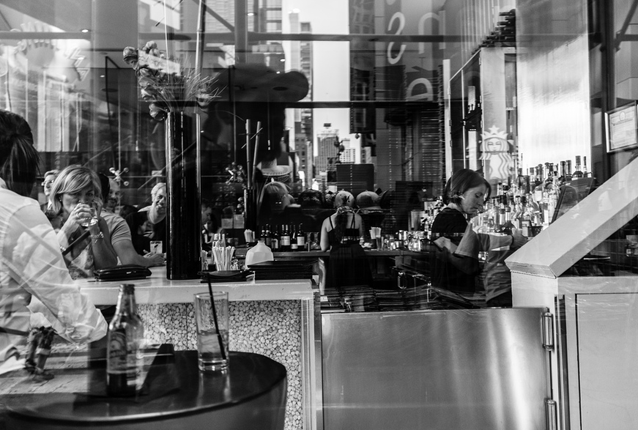 Yesterday, the White House released a report highlighting how updating the federal minimum wage to $10.10 and indexing it to inflation is critical in closing the gender wage gap. Women make up 55 percent of all workers who would benefit from Congress enacting such a wage hike. The report comes amid growing calls for lawmakers and employers to put an end to poverty wages and address income inequality

The White House report also made the case for increasing the tipped minimum wage to benefit women at work since the average hourly wages for workers in predominantly tipped occupations are nearly 40 percent lower than overall average hourly wages. Currently, women make up 72 percent of the workforce in occupations that rely on tips.

Today, most restaurant workers are stuck with a prehistoric federal tipped minimum wage of $2.13, an amount that hasn’t be changed in two decades because of the intense lobbying efforts of the well-funded, powerful restaurant industry. As a result tipped workers, most of who are women, many of them moms, are stuck living off living off notoriously erratic, unsustainable income.

All workers deserve just wages and economic security, but too many food workers today can’t afford to put food on their own tables. When workers can’t afford basic necessities, it lowers their purchasing power and forces them to rely on public assistance, which slows the economy for all of us. Tipped restaurant workers live in poverty at three times the rate of the national workforce and are nearly twice as likely to need food stamps.

At the end of the day, the tipped minimum wage exists for the benefit of the National Restaurant Association and the major restaurant chains that have convinced Washington they are entitled to a different set of rules.

It doesn’t have to be this way. We all benefit when restaurant workers have the same right to earn a fair day’s pay for a fair day’s work. Write to your representative to demand support for raising the federal tipped minimum wage from a paltry $2.13 to 70 percent of the minimum wage.