Amalgamated Bank Raises Its Minimum Wage to $15, Challenges Other Banks to Follow Suit 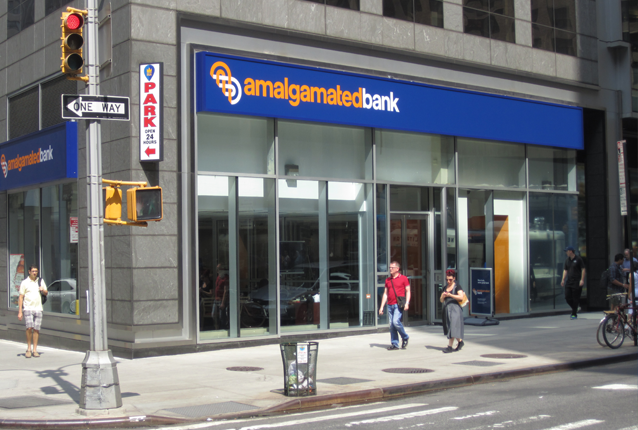 Today, Amalgamated Bank announced that it will raise wages for all of its employees to $15 an hour, and in doing so, challenged the rest of the banking industry to follow in its footsteps to ensure more Americans have jobs they can sustain a family on.

Just weeks after the New York wage board recommended that fast food employees in the state be paid a $15 minimum wage, and months after insurance giant Aetna boosted its minimum wage to $15, Amalgamated Bank employees will start seeing higher wages effective immediately. The bank’s decision is a vital first step in making the banking and finance industry—one that rakes in more than $100 billion each year—more equitable.

In announcing Amalgamated Bank’s decision, CEO Keith Mestrich explained “A livable minimum wage is not only the right thing to do—it’s also good business. As one of the highest grossing industries, it is simply unacceptable that a significant portion of bank workers rely on public assistance. By raising our minimum wage, we’re hoping to reduce this egregious percentage.”

Once considered a solid middle class job, the women and men who help us deposit checks and assist us with our financial transactions are facing increasingly difficult working conditions. According to a report issued this week from the National Employment Law Project (NELP), bank tellers have seen the real value of their paychecks decline 3.4 percent over the past five years. And in an industry that’s largely dominated by women, nearly three quarters of all bank tellers are earning less than $15 an hour.

Take, for example, New York, where a sizable portion of Amalgamated Bank’s branches are located: Even in the home of Wall Street bankers, NELP’s report found that more than half of the bank tellers in the state make less than $15, and 4 in 10 of their families rely on one or more public assistance programs like Medicaid, food stamps or housing assistance.

If there’s anyone who can afford to pay employees more, it’s the banking industry. Just look at the compensation packages of bank executives: Capital One Financial’s CEO pocketed $19.6 million in 2014, while Wells Fargo’s CEO took home $19.3 million, and Bank of America’s CEO saw $13 million, according to the same report. Compare that with the average bank teller, who has to support their family on just $25,800 a year.

In recognition of these problems, a coalition of community and labor groups, the Committee for Better Banks, has been advocating for the banking industry to improve the pay of bank tellers. The coalition is organizing bank tellers and other poorly-paid bank employees to boost working conditions in the finance industry, and is supported by the Communications Workers of America.

If other banks were to follow in Amalgamated’s footsteps, nearly half a million people across the country who work as bank tellers would be better able to take care of their loved ones. And we know that when wages are raised by one employer in a sector, other employers feel the pressure to offer competitive pay and benefits to their workforce in turn, as we saw earlier this year when Target and other retailers raised their wages following Walmart’s announcement.

The women and men who work at Amalgamated have a voice on the job through their union, OPEIU Local 153, which has given them the opportunity to have a say over their benefits, pay and working conditions.  In contrast, the finance industry has the lowest unionization rate in the country. And without an ability to speak up together, bank tellers aren’t able to negotiate for the pay and benefits they need to support their families. That’s why institutions like Amalgamated are calling on their fellow companies to follow their lead, raise wages, and allow their staff to speak up together and collectively bargain for a bigger share of the profits.

Today’s news could be a game changer in ensuring better standards and decent lives for our friends and neighbors working in the finance industry.  Without a doubt, Amalgamated Bank’s decision represents another important milestone in the growing Fight for 15 movement.