A Year of Obstruction and Failed Promises for Working Families 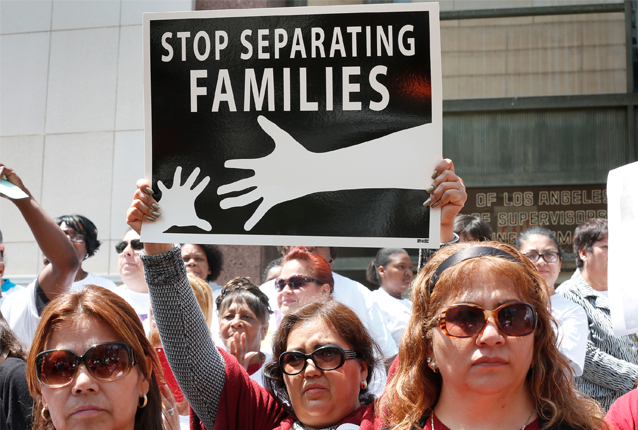 One year ago, President Obama announced a series of executive actions on immigration reform. The president used his executive authority only after House Republicans blocked consideration of a comprehensive solution to our broken immigration system.

Unfortunately politically motivated legal obstructionism has held up important elements of the president’s actions. The Deferred Action for Parents of Americans and Lawful Permanent Residents (“DAPA”) program would provide work permits to nearly four million undocumented individuals. The ability to work with status is the single most important protection for immigrant workers as it helps ensure bad employers can’t use the threat of immigration enforcement against them. That’s good for all working people – citizens and immigrants alike – and for those employers who play by the rules.

It is also important to remember that last year’s executive actions were about more than just DAPA. The administration also committed to improve how it ensures immigration enforcement isn’t used to trample workers’ rights. The legal challenge to DAPA did not impede this essential work.

However, to date, working people and their allies remain frustrated by the administration’s lack of meaningful reforms. Given the status quo, immigrant workers like those at Teriyaki House in Providence, Rhode Island, still lack protections when they assert their rights under our broken labor and employment laws. Immigration enforcement offices persist in disregarding their agency’s own protocols and interfere in workplaces where workers are engaged in labor disputes, like when they did at Rupercht Company near Chicago. And the Department of Homeland Security may continue denying immigrants who are victims of serious workplace crimes appropriate relief, like the agency did with Shellion Parris, a housekeeper with an H-2B visa, who they even concluded was a victim of involuntary servitude after her employer defrauded out of her pay and threatened her with deportation.

November 20, 2014, promised to be a historic day for millions of immigrant working families. One year later, people across the country are still fighting to make the promise of that day a reality by defending programs like DAPA and continuing to push the administration to appropriately use the authority we know it has to protect all working people. Workers and their allies won’t stop organizing in order to build power on the job and in their communities, to continue leading the fight to fix our broken immigration system and to realize an economy that protects all working Americans.