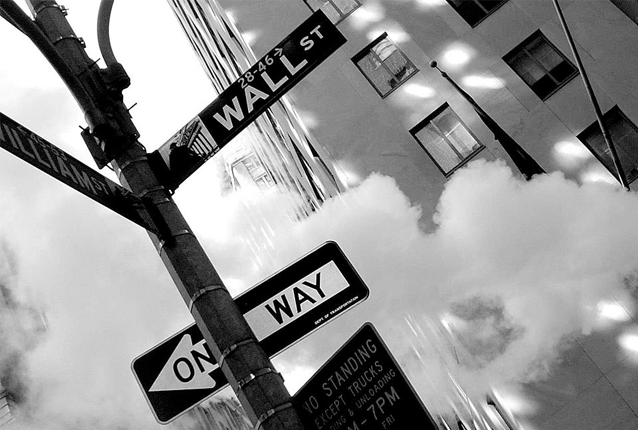 We typically can find a great deal or make smart choices when shopping for everyday goods and services. Sometimes we look to experts, like doctors, lawyers, and investment professionals, to aid us in making informed decisions about our health, our money, and our futures.

Unfortunately, many actors in the financial services industry have scammed working people. They’ve encouraged them to invest their hard-earned retirement savings in funds laden with costly fees and commissions that eat into their future earnings.

Many savers believe their financial adviser must look out for their best interest, but most haven’t been legally required to, until now. A new law that goes into effect this Friday insists investment firms put the welfare of retirement savers ahead of their sales commissions. The fiduciary rule requires that all financial professionals, including brokers and insurance agents, recommend retirement investments that are in their clients’ best interests, instead of those which might pay them large commissions or sales fees.

This consumer-focused solution will help working families keep more of their hard-earned retirement savings. According to President Obama’s White House Council of Economic Advisers, retirement savers lose more than $17 billion a year as a result of conflicts of interest in investment advice.

Now with the rule in place, financial advisers must serve their client’s best interests when providing fiscal advice. Fees must be reasonable and the adviser can’t mislead the investor. By January 2018, financial advisers must disclose all conflicts of interest so that working people can see for themselves whether the manager is self-dealing when making investment recommendations.

The commonsense regulation took years to come to fruition because Wall Street banks and their friends in elected office fought tooth and nail to stop consumer protections that would have any impact on their immense profits. Wall Street firms thrive on lack of transparency and the ability for financial advisers to benefit at the expense of their clients. From lobbying, to launching disinformation campaigns, to suing the Labor Department, these firms worked hard to rig the rules in their favor.

With President Trump in power, the financial industry assumed it would have an easier time preserving the status quo. Trump signaled that he would oblige, ordering the Department of Labor to reconsider the fiduciary rule, which led to a 60-day delay in its implementation. This delay alone cost retirement savers $3.7 billion. What Wall Street didn’t count on was how working people and consumer advocates would stick together to resist its greedy efforts to block the regulation.

For years, a broad coalition of consumer and financial industry watchdogs, seniors and retiree groups, labor unions of working people and community organizations advocated for these safeguards. They’ve been defending the rule since it was first proposed and issued by the Obama Administration.

Groups like Missouri Jobs With Justice have played a key role in protecting the fiduciary rule since the financial services industry started moving a bill in Congress to revoke it. To stop the deceptively-named Choice Act, Missouri Jobs With Justice leaders and allies met with legislators, the media, and community members to explain what was at stake and how local brokerage firms were acting against the public interest. They organized big protests exposing Choice Act sponsors, like U.S. Rep. Ann Wagner (MO-2), for taking huge campaign donations from Wells Fargo Advisors and Edward Jones. Their public education efforts resulted in editorial opinions lambasting Wagner and hundreds of letters submitted to federal decision-makers.

After the November election, supporters of the regulation wasted no time in defending it. Trump’s nomination of Andrew Puzder for Labor Secretary opened up another opportunity. There was little doubt a fast-food CEO with a shameful record of restricting his employees’ rights and wages could be trusted to support the financial well-being of working people. To preserve the fiduciary rule and other critical protections for working people, Jobs With Justice and the National Employment Law Project galvanized working men and women in the fast-food and restaurant industry, women’s rights organizations, civil rights advocates, labor rights groups and consumer watchdogs to campaign to oppose, and derail Puzder from taking office.

Due to the pressure and unprecedented progressive resistance in response to Trump’s other extreme nominees and legislation, R. Alexander Acosta was not confirmed as Labor Secretary until Trump’s 98th day in office. Since this was far too little time for Secretary Acosta to begin the process of weakening the regulation, he recently announced that his agency had no other option but to allow the rule to go into effect.

Supporters of the rule shouldn’t let their guard down. As the Save Our Retirement coalition asserted, “retirement savers need an enforceable fiduciary standard and a Department of Labor that is prepared to hold firms accountable for compliance.” The Trump administration still has the fiduciary rule in its sights and will gut or overturn it if possible. But that job now is so much harder with the rule going into effect. So far, the courts have upheld the legitimacy of the rule, thwarting legal challenges mounted by Wall Street. Financial firms are working to put safeguards into place to ensure compliance, and some investment firms publicly signaled they will comply with the new standards no matter what happens down the line.

With these developments, working people will be in a better position to retire with dignity and financial security. Despite the challenges ahead, we continue to prove that by coming together we can go toe-to-toe with Wall Street and win.