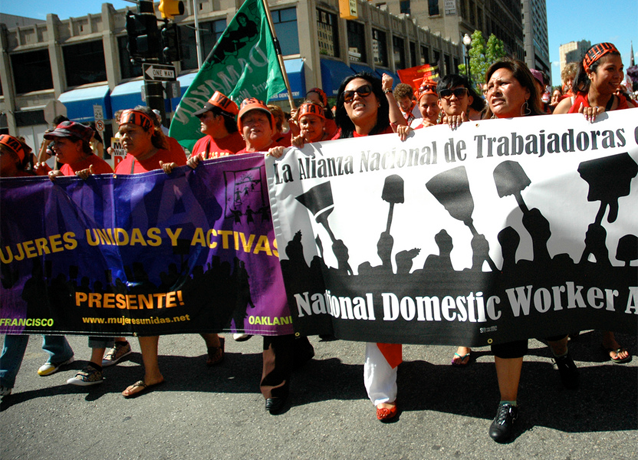 Last Thursday, the California State Senate passed the Domestic Worker Bill of Rights, AB 241! This vote gets California one step closer to extending equal labor rights to domestic workers. If signed by the Governor, AB 241 would provide all domestic workers who care for California’s homes and families with some of the basic labor protections they have been denied for decades.

Last week’s victory is part of a broad movement to win dignity, respect, and labor protections for the domestic workers who make all other work possible in the United States.

The attention now turns to Governor Brown – stay tuned for updates and opportunities build momentum for the Governor’s signature!